The Grunin Foundation is pleased to announce the addition of six new board members. Each of these new appointees brings extensive knowledge, experience and a diverse perspective to help govern and provide strategic direction to the organization as it continues to works to improve the quality of life of the community by using philanthropy to drive economic excellence at the Central Jersey Shore and beyond.

“When my late wife Linda and I co-founded the Grunin Foundation in 2013, we could only hope that we would reach a day when not only three generations of our family would be at the same table, but prestigious community leaders as well. We look forward to this collaborative journey and to increasing our impact at the Central Jersey Shore,” said Jay Grunin, Co-Founder and Chairman of the Grunin Foundation.

Jeremy Grunin, President of the Grunin Foundation said, “We are honored and proud to have such respected leaders join the Grunin Foundation Board of Trustees, including two of my children. This is such an important step in becoming better, more equitable funders and we look forward to the Board’s guidance and oversight as they help shape the future of our Foundation.”

The new Grunin Foundation Board of Trustees are: 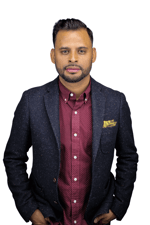 Tomás is an award-winning social entrepreneur and former nonprofit executive with close to 20 years of experience in the social sector. He currently serves as Managing Partner and a Strategist at Idea2Form, a BIPOC-owned creative studio whose mission is to design solutions that connect, activate, and inspire people to build a more equitable world. Through Idea2Form, Tomás works closely with leading nonprofits, foundations, and purpose-driven companies to amplify their social impact.

Tomás began his journey as a social entrepreneur in 2004 when he pioneered one of the first Hip Hop Therapy programs and developed the project into a nationally recognized nonprofit organization. Tomás has catalyzed numerous constituent-driven initiatives throughout his career, consulted with leading civic sector organizations, and championed several causes focused on racial justice and children’s well-being. 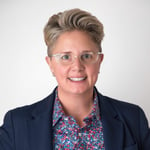 Laurie Goganzer is a purpose-driven leader with nearly 30 years of experience in the global YMCA movement, bringing life-changing programs to people in New Jersey, New York, and California. She is President and CEO of the YMCA of Greater Monmouth County, one of largest YMCAs in New Jersey, strengthening more than 35,000 people in three counties, and is highly regarded for its extensive counseling and social services. She leads a team of nearly 1,200 employees and oversees an operating budget of $25 million. Laurie works closely with a 40-member Board of Directors and 10-member Foundation Board of Trustees to build and sustain a strong Y.

Laurie directed the 2019 merger of The Community YMCA and YMCA of Western Monmouth County to create the new countywide Y, honored for its expanded commitment to the community by the New Jersey Business and Industry Association, Monmouth-Ocean Development Council, Visiting Nurse Association, and HABcore. Her role in the merger was recognized by the Red Bank business community, which presented her the Women of Influence Award in 2019.

With a passion to make a difference, Laurie serves on the Board of Trustees for the Center for Non-Profits, the Grunin Foundation, NJ YMCA State Alliance, and YMCA Young Professionals Network; Advisory Boards for Brookdale Community College and the Visiting Nurse Association; and was appointed to the Monmouth County Economic Recovery Council.

Laurie began her Y career in 1992 as a Program Director for the Tarrytown YMCA in Tarrytown, New York and went on to become Associate Executive Director for the Rye YMCA, also in New York. In 2003, Laurie relocated to California where she spent 15 years leading branch operations for the YMCA of Metropolitan Los Angeles and YMCA of San Diego County. In Los Angeles, she was Senior Vice President overseeing operations of three branches, including the Anderson Munger Family YMCA, opened in 2014 following a $23 million capital campaign under her leadership. She also served as Group Vice President, Executive Director and Operations Executive for the Los Angeles Association. In San Diego, she served as Regional Vice President for the South Region and led four branches with an operating budget of nearly $20 million.

Laurie earned a Bachelor of Science Degree in Physical Education from The King’s College in New York. She is a proud alumnus of LeadNJ, and a sought-after inspirational speaker and presenter on nonprofit leadership.

Born and raised at the Jersey Shore, she enjoys spending time with her family, hiking with her dogs, cycling, paddle boarding, surfing, camping, and giving back to her community. 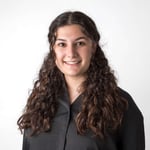 Rebecca Grunin is currently a sophomore at Monmouth University majoring in health sciences in hopes of pursuing a career as a Psychiatric Physician Assistant. She possesses a blossoming interest in medicine and is eager to learn the ins and outs of the healthcare system. Rebecca has volunteered at Community Medical Center in Toms River and has shadowed Physician Assistants at Bellevue Hospital in New York. 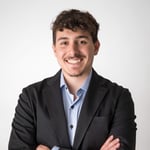 Joshua Grunin, currently a junior at Rutgers Business School, is pursuing a degree in finance with aspirations of obtaining his MBA and ultimately becoming a financial advisor. He has previously interned for financial firms Newport Capital Group and UBS, learning the sophistications of the financial industry. Joshua has the desire to become a philanthropist and take part in the non-profit world.

He has been a member of several organizations at Rutgers including Rutgers Riot Squad, Rutgers Unified Sports and Rutgers University Programming Association. 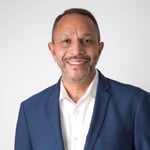 Ed Johnson is the managing Founder & President of Ed JohnsonAP International Consulting. He is a proud and involved resident of the communities of Asbury Park, Monmouth County and the State of New Jersey.  Mr. Johnson served his home community as Mayor, Councilman and Chairman of the Urban Enterprise Zone from 1998 – 2013.

Currently, Mr. Johnson is the Executive Director of Governmental Affairs and Community Relations at Brookdale Community College. He served as the Senior Executive Officer of Community Engagement 2020 - 2021. Mr. Johnson is an Adjunct Faculty in Political Science teaching at Rutgers University and as a Visiting Scholar has taught at Monmouth University and Brookdale Community College. As a political scientist, Mr. Johnson specializes in American Government, Law & Society, and Urban Studies.

As an active community member, Mr. Johnson has served on the governing boards of several community organizations. He has also served as a member of the Thomas Jefferson Scholarship Program's 2017-2018 Reading Committee for the Tunisia Community College Scholarship Program.

Mr. Johnson served as a host political analyst for the Asbury Park Press Gannett News during their 2016 Presidential Election Night Coverage. In addition, his "LIVE FROM THE COFFEE SHOP" monthly column provided coverage and commentary during the 2016 Presidential Election and the 2017 NJ Gubernatorial Election.  He continues to provide guest commentary and OpEd contributions in local, regional and international media.

Mr. Johnson is an Honorary member of The Global Parliament of Mayors attending the 2016 Inaugural Session at The Hague, Netherlands (as a part of the NJCCC - Kresge Foundation Grant Program) and the 2017, 2018 and 2019 Annual Meetings in Stavanger, Norway, Bristol, England and Durban, South Africa. As an Honorary Member, Ed Johnson serves as an Ambassador to the Youth Mayors Program and as an Advisor on special issues and projects.

Mr. Johnson is a proud graduate of New Jersey Public Schools and Eastern New Mexico University where he earned a Bachelor of Science Degree in Liberal Arts and a Master of Arts Degree in Social and Political Sciences. In 2014, Mr. Johnson was recognized by his alma mater as an Outstanding Alumni for his professional achievements in public service. As an undergraduate student, he served as the first elected two term Student Body President and as State Treasurer of the Associated Students of New Mexico. In his second term, the Governor of New Mexico appointed Mr. Johnson to the New Mexico State Board of Educational Finance. As a graduate student, Mr. Johnson was awarded a Graduate Assistantship in Political Science to pursue his graduate studies and was named Outstanding Graduate Assistant of the Year. Mr. Johnson is a member of the Zeta Sigma Chapter Sigma Chi Fraternity. 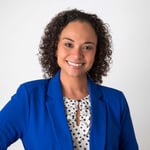 Nicole Pulliam, Ph.D. is an equity, diversity, and inclusion (EDI) leader with over 15 years of experience in higher education. Nicole serves as the inaugural director of the Monmouth University Social Justice Academy, to foster educational equity in K-12 schools throughout Monmouth & Ocean Counties. In addition, Nicole is an associate professor at the university, where she teaches graduate courses on diversity & social justice to future school counselors and higher education leaders.  As a Black Indigenous person of color (BIPOC), Nicole leads with her authentic, integrated self to honor all aspects of her identities.

The common thread in Nicole’s career is equity and access for historically excluded and oppressed groups. Aside from her primary roles, Nicole leads implicit bias trainings for organizations and professional development workshops for BIPOC students and administrators. Nicole is an executive board member for the American Council on Education’s New Jersey Women’s Network (NJACE).

Nicole resides in Toms River with her husband and two young children—one current and one future Hooper Husky.

Featured photo: HP entered HABcore in 2013 at the age of 10. She is now 19 and a senior in high school. She was recently accepted into Scranton University where she will be studying Health[...]
Read More
January 19th, 2022

While 2021 was yet another challenging year, we have seen so much strength, resiliency and innovation from our nonprofit partners and community. We'd like to share some of these highlights with you,[...]
Read More